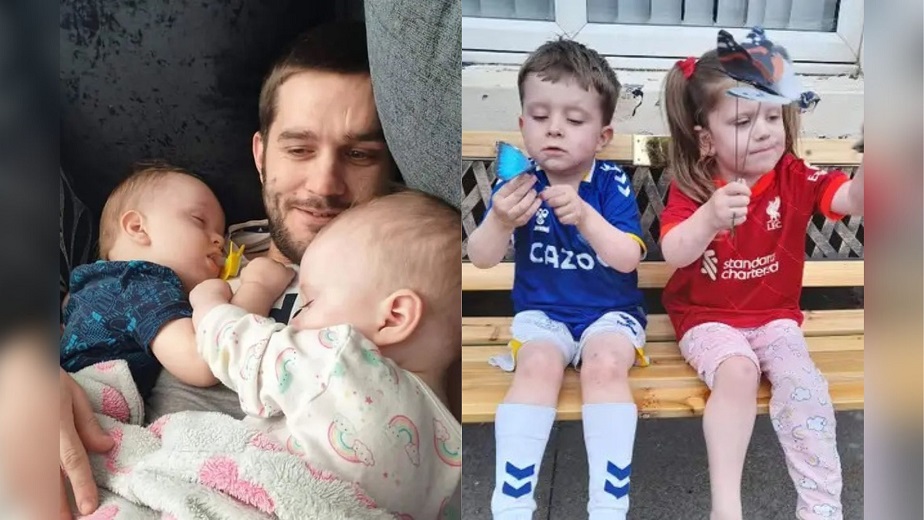 A woman recently lost her husband due to a disease, leaving her to raise their two children as a single mother.

The woman has even bigger concerns now that her husband is gone, as she is fearing for her children’s lives since the disease that killed her husband is hereditary and they have been diagnosed with it as well.

The 35-year-old, Donna, lost her husband, 32-year-old Kieran, a few months ago due to a disease called Neurofibromatosis (NF1).

It is a hereditary disease that causes tumors to form alongside a person’s nerves. Even though these tumors aren’t usually cancerous, they can cause a lot of problems for the person who has them.

Kieran passed away due to a bleed on the brain that was caused by a tumor that grew on his abdominal gland.

Due to the fact that the disease is often present from birth, their children, Blake, 5, and Willow, 4, underwent testing.

“As a mum, I am scared for them, I’m terrified,” Donna expressed her concern.

“I don’t want my kids to have to go through what their dad did but I know they will have to, because it’s their condition. Blake was four months old when we spotted ‘café au lait’- like spots all over his body, a common symptom of the condition. Then we spotted the spots on Willow at around eight months and she has the tumour on her nerve, behind her left eye. She has to wear glasses and we have to keep a close eye on her. Both kids have to have yearly check-ups and eye tests, ear tests – everything. It’s draining – but I have to do it for my kids, they come first and always have,” said Donna.

The mother said that the loss of her husband had left her “destroyed,” and while she is afraid that she may fall even farther, she is making an effort to maintain her composure for the sake of her children.

She said that their diagnosis is frightening, but that it is “extremely unusual” for it to result in death, as it did with Kieran.

“My kids are my life and I will fight for them until I am blue in the face to get them what they need,” Donna added.

“I cried as I was nursing her,” Mother struggled to breastfeed her newborn daughter and nearly caused a condition which could have killed her baby
Little boy suffered second-degree burns after being sprayed with water from a hose, Mother was in disbelief at the inflicted injuries