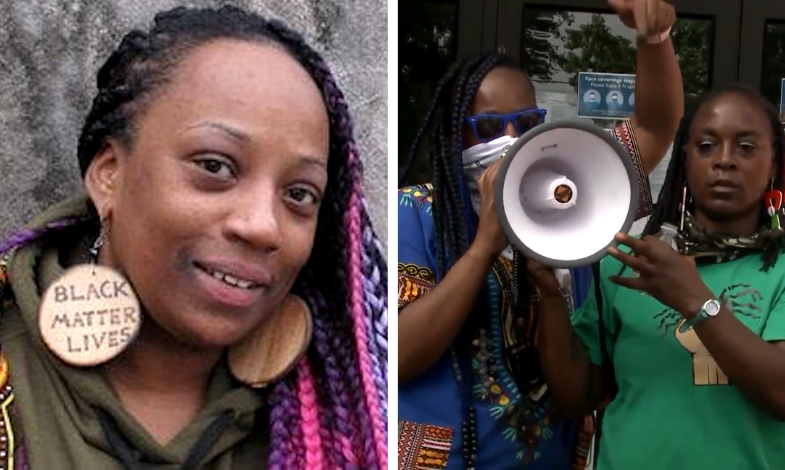 The 44-year-old P. Moses had her voting right revoked after she pleaded guilty to a long list of felony convictions, including tampering with evidence, felonies that happened decades ago when she was in her 20s. Back in 2019, Moses was happy to hear she was once again eligible to vote after both the corrections department and the county election commission confirmed on her voter registration application once her probation was over.

But things got pretty tricky for Moses because she is now sentenced to jail for illegally trying to register to vote when she submitted the application along with the certificate signed by the officials. According to Moses, the officials who signed off on her voter registration application have said they made a mistake, meaning that Moses’ right to vote remained revoked even though she already had a proper documentation claiming the opposite.

Moses, a Black Lives Matter activist and a former Democratic mayor candidate, was found guilty on the charges and convicted in November last year. Following her conviction, she was sentenced to six years and one day in prison few days ago for trying to register to vote even after authorities told her she could, or at least that’s what Moses claims.

Shortly after her conviction last year, a local Tennessee TV station WREG interviewed Moses where she claimed she did everything legally when she filed her voting application thinking that she has all the proper documents in hand at the time.

“I relied on the election commission because those are the people who are supposed to know what you’re supposed to do,” Moses said to WREG. “And I found out that they didn’t know,” she said. Critics have slammed her sentence as much more severe than that of others convicted of similar crimes, with the NAACP Legal Defense Fund tweeting that it showed that “there are two criminal justice systems in America”.

“This case is one about the disparity in sentencing and punishment – and one that shouldn’t have happened,” Moses’ lawyer B. Anyanwu told The Washington Post few days ago. The attorney said her client plans to appeal the case. “It’s all very, very disturbing,” the legal counsel said.

“I did not falsify anything,” Moses said in court as she was trying to explain she believed her voting rights had been restored when she got a letter stating that that was the case. But the Criminal Court Judge Mark Ward was angry on how Moses and her attorney tried to overturn the case in their favor which according to him, was untrue.

According to Judge Ward, Moses on purpose misled the probation officers in an effort to allow her to regain her voting rights saying that ‘she tricked the probation department into giving her documents saying she was off probation’.

The associate director-counsel of the NAACP Legal Defense Fund, J. Nelson, told MSNBC that the case is expected to spur on existing tensions concerning voter suppression across the country.

“It points to everything that is wrong in our democracy,” Nelson said. “It’s a confluence of racial discrimination and voter suppression.”

Moses was offered a plea deal, but she refused it since she believes she had done nothing wrong. Her attorney said Moses was ‘stunned’ by the six-year-long prison sentence in the case, but believes the case can be overturned. Meanwhile, the attorney is considering all the legal possibilities in overturning the case in Moses’ favor.

Driver killed in a fiery single-vehicle accident in Concord
Single mother left teenage daughter to look over her siblings while she was at work because the daycare was closed due to Covid-19, faces prosecution