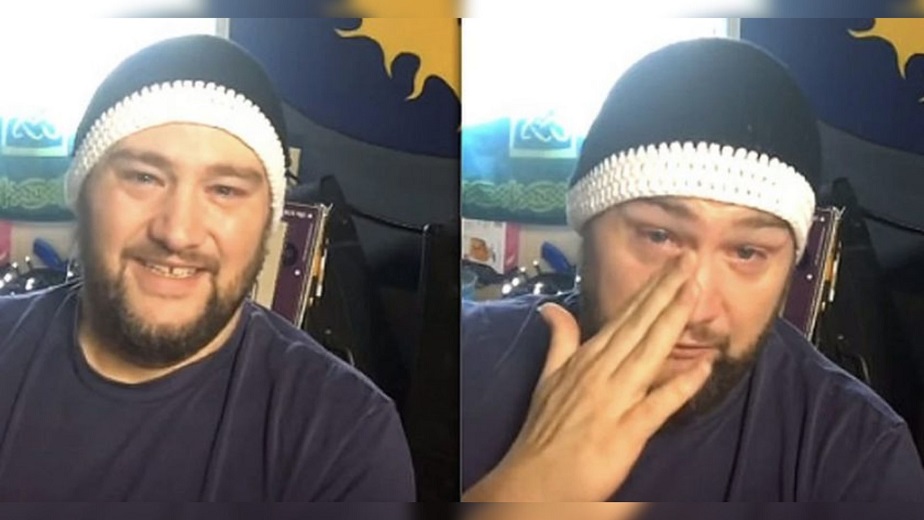 A young man suffered a massive heart attack—commonly called a “widow maker”—that kills 90% of its victims. But today, the man is still here to tell his story. How is he still here if he died? Seth is one of the few people who die but come back to life. In this video, Seth shares his powerful story…

When the man, Seth, started experiencing major chest pains, he slowly began to lose consciousness. However, he was somehow able to call 911 for help. A few minutes later, an ambulance arrived. But Seth had only been on the ambulance for a few moments when he passed out.The paramedics saw that he was clinically dead, but one paramedic in particular—named David—kept yelling for Seth to stay with him.

Meanwhile, Seth was slowly entering the afterlife. He says he saw a white light and instantly felt calm and relaxed in a way he had never felt before. In addition, Seth says he felt the presence of his dog, who had died just 10 days before his heart attack. And then, he felt the presence of Jesus Christ. Seth says there’s no doubt in his mind that it was Jesus’ presence. Seth felt so peaceful in that moment that he knew he wanted to stay in Heaven, where he could be reunited with his dog, be completely pain-free, and come to know Jesus. But it was then that Seth heard Jesus speak the words that forever changed his life: “No, not yet.”

Seth knew it was simply not his time yet. Jesus still wanted him to continue living on Earth and spreading his story.

Today, almost a year after his near-death experience, Seth goes around telling people about his emotional testimony of Jesus Christ. He says, “I live in a different fashion now. I write music with positive messages about God. My new mission in life is to write Christian music for God.”

Seth also wants to spread the word that Jesus Christ is real. He concludes, “This is my new job: to testify on behalf of my Lord and Savior Jesus and to shout all praises to Jesus in a positive way.”

It sounds like Seth is fulfilling exactly what Jesus told him to do during his brief stint in Heaven above.

Pervert high school professor posed as a minor and sent inappropriate messages to an underage child, arrested
Woman placed her son for adoption, 7 years later she found out something she was not expecting at all