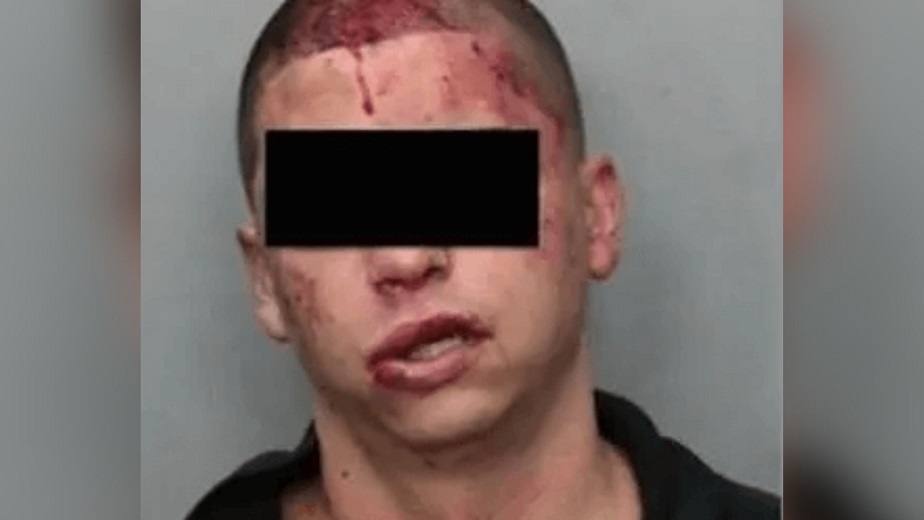 A man learned the hard way that he should not mess with people. He started se-ually harassing two women outside a club, but shortly came to the conclusion that these two women were the wrong ones to mess with since both of them were MMA fighters, who settled the situation in their own way.

Cesar, who is the coach of one of the women involved spoke about the incident. The incident involved his student, Leslie, a popular UFC bantamweight fighter. Leslie’s friend was reportedly groped by the man, and she and fellow UFC fighter Heather quickly stepped in to help.

“Leslie approached the man and said, ‘Hey you can’t do that’ at which point the larger male responded, ‘f*** you I can do whatever I want,'” Cesar said. “Leslie retired, ‘no motherf***er you can’t.’ At this point the man became irate and spat on Leslie’s face. He then proceeded to take a punch at what he thought would be an indefensible woman. Wrong.”

It was then that a fight broke out, and Smith immediately made the man regret his decision to harass her friend.

“Leslie ducked the punch and shot in for a takedown. She quickly got to the mans back and applied a choke but decided he needed some elbow strikes and punches to learn a valuable lesson. The man unable to fend off the better fighter, desperately grabbed at Leslie’s hair and in vain resorted to fighting like a girl,” Cesar said.

“Approaching the melee was Leslie’s friend, UFC fighter Heather. Heather, without missing a beat, delivered a running soccer kick to the man’s nether regions. Leslie again achieved mount and delivered a series of elbows until the man, now having his face looking more like hamburger meat, yelled out that he was sorry and that he respected them. At this point Leslie disengaged and allowed the man to get up and go. He left having learned a valuable lesson and the women returned to the club.”

Leslie said that she felt compelled to step in and defend her friend from being harassed.

“I never meant to fight him but I couldn’t let my friend get disrespected like that and he escalated it from there. I make mistakes but I try (and sometimes fail) to live by a policy of non initiation of violence,” she said.

The story quickly went viral, with many praising Leslie for teaching the man a lesson.

“You go girl. He got what he deserved,” one reader commented on Facebook. “Maybe you taught him to keep his hands to himself. If not he might get worse if he tries this again. But I doubt he will I believe he will remember you.”

“I know every woman can not successfully defeat a man but for those who can in instances like this one, I applaud you!!!” another wrote.

Man touches his private parts and breaks into 5-year-old girl’s room, the father hops into action and deals with the situation in his own way
Armed man breaks into a home, regrets it instantly after the homeowner lays hands on him