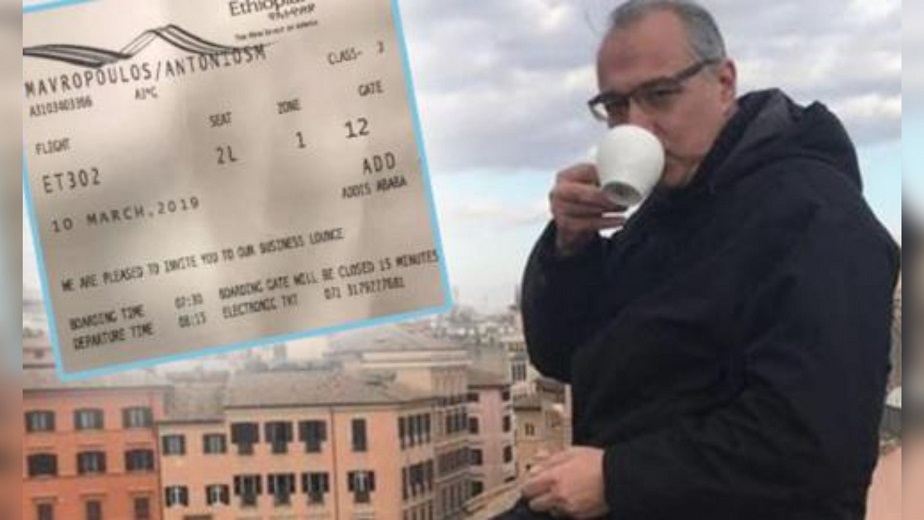 Many people are furious when they miss a flight, but this passenger, who bought a ticket, was very lucky to be unable to board the plane.

As anyone would be, he was also angry that they didn’t let him in at the gate, but now he is more than grateful that it happened and is lucky to be alive.

Antonis was two minutes late on the flight, which in the end saved his life because the plane crashed just six minutes after takeoff and all 157 passengers and crew members died.

He also posted a picture of the plane ticket on Facebook.

Antonis is the president of a non-profit organization called ISWA and was supposed to attend the annual meeting of the UN Environment Program.

“I was angry because no one wanted to help me reach the gate on time.

“I watched people enter the tunnel and shout to be let go… Now I’m happy to be alive,” he wrote.

The police sought to question him about why he was late for the flight, and then he learned the tragic news.

Antonis then tried to avoid questioning because he didn’t want to miss the second flight, but the officer told him he should “thank God, not protest” and that he had to be questioned because he was the only passenger who had paid for the ticket and he was not on the plane.

After the interrogation, he was released, and he checked on the internet whether the plane had really crashed and immediately called his family to tell them that he was alive.

“This was my lucky day,” he wrote.

His mother abandoned him because she did not want to raise a “monster,” today he is an inspiration to others
Mother of a 3-year-old girl learned she is expecting triplets, but then things turned from bad to worse