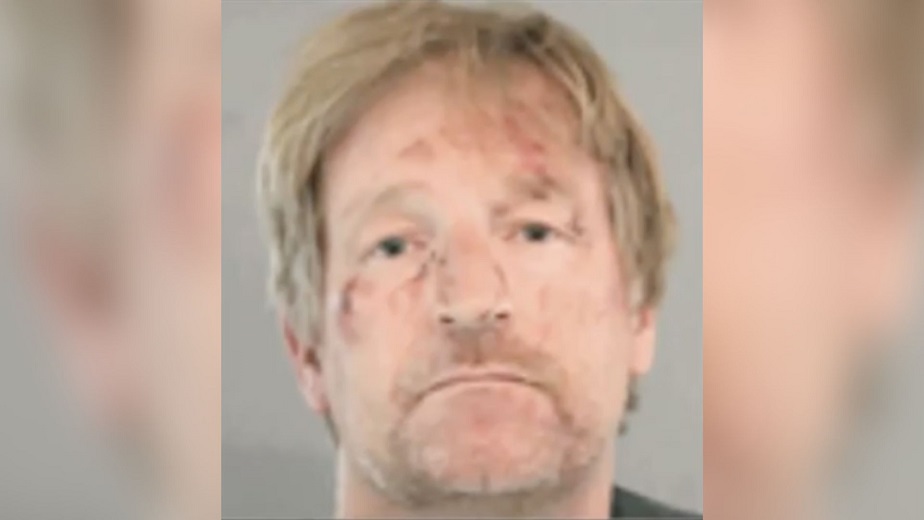 A female officer performing a traffic stop found herself scared for her life after the driver she pulled over attacked her. Witnesses say that the incident happened early in the morning and that the suspect was reaching for the officer’s gun when the other two men came to help the officer.

Joel, a retired sheriff’s deputy and former linebacker, said: “[The suspect] punched her, hit her repeatedly, beat her to the ground, and started stomping her.”

Joel and his wife Annalisa had seen the suspect, 49-year-old Gary, weaving in and out of traffic along the highway, and he hit two cars at 80 miles per hour, causing the cars to spin out. Joel decided to follow Gary. According to Joel, Gary pulled to the shoulder of the road where he was pulled over, but flipped out when he saw that the officer was female. “He was like, ‘No, No, I’m not doing this!'” Joel said. “It was surreal, it was like I was about to see a murder in front of me… What are you going to do about it?”

According to Joel, Gary then attacked the officer. “I thought he was going to take her gun. He was at her waist midsection. I told my wife, I said stay here and I said, ‘Lord be with me,'” he said. He rushed at Joel, knocking him clear off his feet, five feet away. Annalisa stated that she was praying for the officer: “I saw her crawling and then I saw her trying to get up and so I said, is this really happening?”

Greg, a father of two and motorcycle mechanic, said of the incident: “It’s hard to see a woman hit by a man. To see that was – uh, there’s no words to describe it except that it was sick.” Greg was driving past when he saw the incident, so he stopped and rushed in to help. The two held Gary down until backup arrived.

“I think God puts us in places for a reason,” Greg said. When asked what they thought of being called heroes, Jones responded: “I’m no hero, I’m a servant. I’m no hero, no more than anybody else.” “We’re no superheroes. But when it comes to-it’s time to help out, let’s do this!” Greg echoed. Gary was charged with assault and battery against a peace officer. The officer, whose name was not released, was treated at the hospital for moderate injuries.

Man stabs three women to death and injures another, gets an instant dose of karma
Woman discovered what her husband did to her 7-year-old daughter, sets him on fire while sleeping