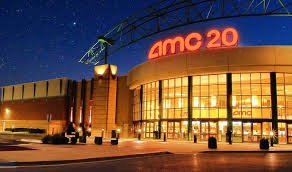 Guidelines issued on Tuesday by the San Francisco Department of Public Health state the reopening is contingent on San Francisco remaining in the so-called “orange tier.” If that holds through Oct. 7, cinemas may then reopen at 25 percent capacity or up to 100 people, whichever is less. In addition, the guidelines prohibit the sale of concessions and the consumption of outside food and drinks.

San Francisco is the first Bay Area county to enter the orange (“moderate”) tier in California’s color-coded reopening system for businesses and services.

“We know this continues to be a challenging time with people struggling economically and emotionally. However, thanks to San Francisco’s commitment to following public health guidance, we are seeing improvements in our numbers, which means we can continue to move forward with reopening,” said Mayor Breed in a statement on Tuesday.

The rules around reopening movie theaters vary from county to county. For example, indoor cinemas in Napa County have already been open for business for more than two weeks. They were allowed to do so while in the more severe “red” tier, and customers have been able to purchase limited concessions.

Even though San Francisco cinemas could soon be reopen, some are not ready to do so just yet.

“Having now been closed to the public for over six months, we’ve been taking stock of the challenges facing our eventual reopening,” said Lex Sloan, executive director of The Roxie Theater, an independent movie house in San Francisco’s Mission District. “While we want nothing more than to return to being a physical space where film lovers gather together in communal appreciation of the seventh art, we are not, despite the recent announcement that San Francisco theaters can reopen today, rushing headlong into doing so for the general public.” —Chloe Veltman