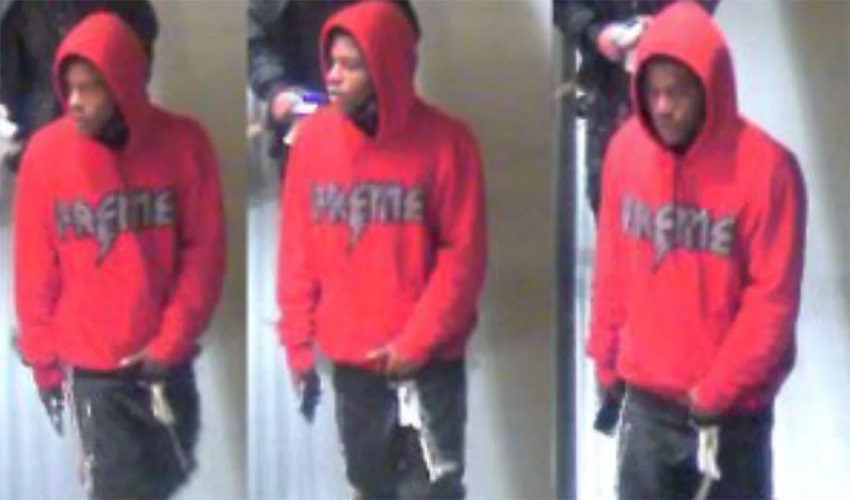 San Francisco, California – Last month, Richard Mead was out late at night in San Francisco, working on one of his newest passions, collecting scrap metal. He was rummaging in a dumpster outside Union Square when he saw someone getting into the driver’s seat of his pickup.

The 65-year-old retired longshoreman approached the Dodge Ram truck as the suspect inside was starting it up. He jumped onto the hood to try to stop him from driving away, but the suspect sped up and slammed on the breaks, sending Mead flying to the ground. The suspect then ran over him, driving over his skull and causing a traumatic brain injury from which he will likely never fully recover.

“It is heartbreaking, it’s literally heartbreaking,” says Mead’s sister-in-law, Alesha Boyd, speaking to KRON4. “He is not the same man.”

Surveillance video shows the suspect, wearing a red hoodie, walking with another man shortly before the incident occurred, around 1 a.m. on April 7, at the corner of Geary and Stockton.

Shortly after Mead was run over, the truck was found abandoned a few blocks away.

“The young man speed up, slammed on the brakes and Richard fell off the hood of the vehicle and then ran him over with the vehicle, crushing his skull, his face, breaking his back in two places,” Boyd says, speaking to KRON4. She adds that he has lost some of his vision and hearing as well.

“There was brain fluid leaking from his nose. There was also bleeding on the brain. Richard’s injuries were explained to us as a frontal lobotomy,” she said.

Mead’s family is speaking out as the SFPD is putting out a call for the public’s help in identifying the suspect, who has not been found.

“As a family we’re seeking justice for this violent act and we are asking for people out there to please report to the San Francisco city police if you know this individual,” Boyd said, speaking to KTVU in a separate interview.

Mead once served as president of the International Longshore and Warehouse Union Local 10, and Boyd describes him as having “great empathy and compassion for the people who have committed this violence against him.”

She says that he already imagines standing before a judge and suggesting that the suspect or suspects in the case need rehabilitation.

Anyone with information about the April 7 carjacking is asked to call the SFPD tip line at 415-575-4444, or you can text a tip to TIP411 and begin the message with SFPD.