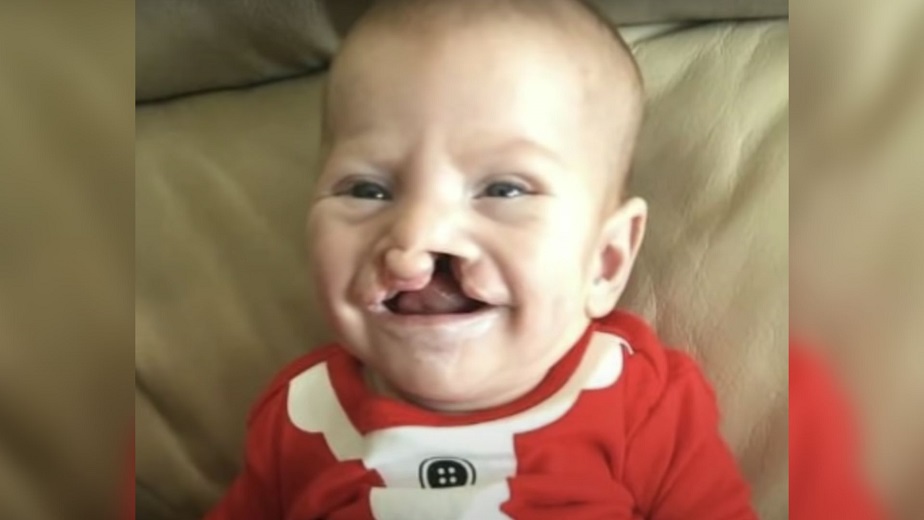 A woman, like any other women during pregnancy, went to her gynecologist for an ultrasound when she was 24 weeks pregnant. But the doctor’s face during the examination indicated something was wrong with her fetus. Shortly after, the doctor revealed the bad news to the mother.

The doctor said that her son will have a cleft lip and palate. The soon-to-be-parents, Heller and Chris, were left speechless after hearing the news.

However, once they came to terms with the news, they realized that their son Brody would always be beautiful. In a bid to spread awareness about the condition, they decided to share as many photos of Brody as they could on social media.

Heller said “It is OK to be proud of your baby no matter the circumstances. We wanted to change what ultrasound/newborn/first year pictures on our Facebook/Instagram accounts looked like. We wanted to spread awareness of cleft lips and palates.”

Despite their hope of normalizing cleft lips and palates, Heller and Chris knew that there would be cruel comments. Even though she knew this, Heller was unprepared for what would happen when someone eventually asked about Brody.

A few days before New Year’s, one commenter on Instagram asked: “What’s wrong with his face?”

“I wasn’t prepared to defend my 3-month-old and why he looks ‘different’ from other babies. I decided to educate rather than create a confrontation because that is what I want Brody to do in the future,” Heller recounted. “I will want him to educate, to be an advocate for younger cleft kids who don’t have their own voice yet.”

Hours after the interaction, Heller was at dinner with some of her friends when a waiter delivered what looked like a folded napkin.

She was shocked to find that it was a check for $1,000, with the words, “For the beautiful baby” penned in the memo line.

“Tears fell from my eyes immediately and the happiness my heart felt is indescribable,” she said.

Heller and Chris used the money to cover some of Brody’s medical bills. Brody underwent a lip surgery on January 3, his second one.

Eating is still a challenge a challenge for Brody, and he relies on a gastrointestinal tube for nutrition. He’ll undergo another surgery when he’s 9 months to a year old to repair his palate.

“The generosity of a complete stranger restored our faith in humanity. Being Brody’s parent has taught me that people care. Strangers all over the country want to hear his story, and they want to pray for him,” Heller said. “This experience has shown us just how strong the cleft community is. We’ve been contacted by people all over the country… they are praying for us and asking us to reach out if we need anything.”

Woman placed her son for adoption, 7 years later she found out something she was not expecting at all
Woman wants to get off plane mid-flight and tries to open the door; flight crew took the matter into their own hands