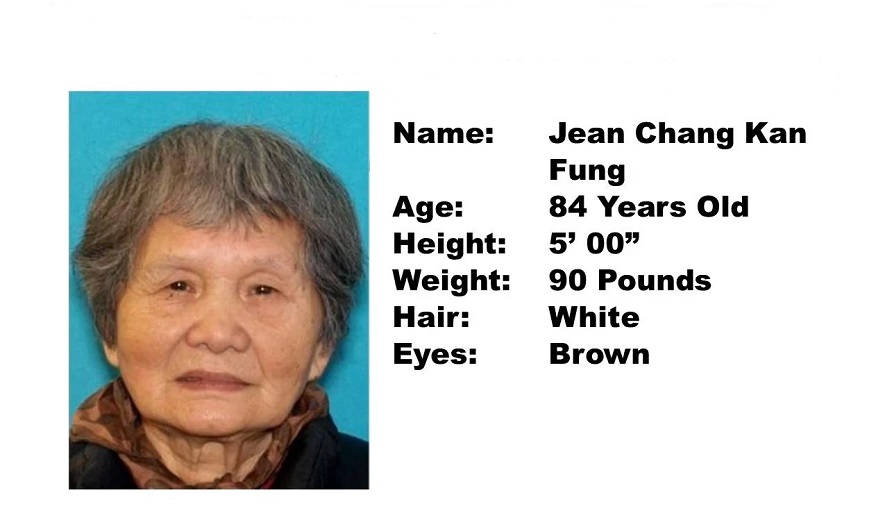 San Francisco, California – Jean Chang Kan Fung was last seen on May 28 when she went for a walk from her home and hasn’t been located yet from the police.

Described as being around 5 feet tall and weighing 90 pounds — with also having a full set of white hair — Fung was reported missing in late May after not returning to her Richmond District home.

Fung was last seen wearing a “red (or pink) jacket, purple sweater, brown pants, black UGG boots, and a red beanie with an LG logo.” Authorities have noted Fung regularly ventured out to the Golden Gate Bridge, Crissy Field, the shops along Clement Street, and both the Graton and River Rock casinos.

Fung was last seen at a Safeway grocery store in the Marina District; police believe she might still be dressed in the same way.

Due to her age and potential medical conditions, Fung is described as being at-risk and those with information on her whereabouts should reach out to the appropriate parties.

Anyone with information about her disappearance is suggested to call the SFPD 24-hour tip line at (415) 575-4444, where tips can be left anonymous, need be.