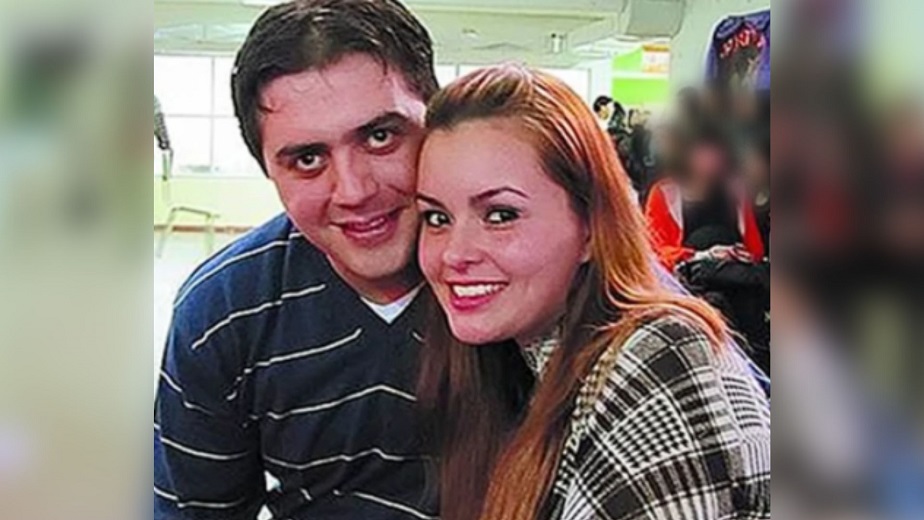 Woman married the accused murderer of her identical twin sister. It was not exactly a dream wedding and one of the closest people was a guard, and the bride was immediately criticized for what she had done as people, including her parents, could not believe how she could get married to her sister’s killer.

So why did Edith want to marry Victor, who was convicted of murdering her sister Johanna? Johanna, a model, died just days after her 20th birthday.

Her body was found in a field with two gunshot wounds to the head. Two people have been arrested for Johanna’s murder. One was Victor, who was her ex-boyfriend. The other was the man she was living with at the time of her death, Marco.

Johanna and Marco were seen partying together just hours before her body was found. At the time of Johanna’s death, Victor was already dating Edith.

Victor was sentenced to 13 years in prison for Johanna’s murder, while Marco has not yet been tried for the crime.

Victor’s lawyer filed an appeal. Edith remained convinced of Victor’s innocence, insisting that he was “a man who wouldn’t hurt anyone.” She visited him in prison and they agreed to get married. Victor claimed that he was in love with Edith since the time he was dating Johanna.

“We have many things in common and she is not jealous,” Victor told local outlets.

“We always talk about Johanna, about what she was like,” Victor added.

They wanted to stop the wedding because Edith’s parents were strongly opposed to their relationship. Her mother said she knew Edith was mentally ill, while her father said that he no longer wanted to see or hear from his daughter.

Her mother also tried to prevent the wedding, claiming that Edith was “not in full control of her mental faculties”. The judge ordered a psychological evaluation before the wedding. The evaluation showed that Edith is mentally competent to make decisions.

“Victor is not a violent person and I am not angry. We do not doubt what we are doing. We love each other,” Edith said.

Victor’s lawyer said that Edith is not marrying a murderer. “The cigarette butts found near Johanna’s body belonged to Marco and all the witnesses incriminated him. She is marrying a man who was convicted in a court scandal. All we want is justice,” he told the local outlets.

But despite the claims of the lawyer, her parents remained unconvinced.

Her mother said, “There are no words to describe what Edith will do. She is guilty of a terrible betrayal. Her father gave up on her.”

“For me, both are dead. Johanna is with God, and Edith is with the devil,” her father said.

On Valentine’s Day, Edith and Victor got married near the prison where Victor was serving his sentence.

“I would like my wedding to be peaceful, I don’t want any chaos. I understand the situation in her family. But they must understand me in what I do, I do it out of love,” Victor said.

Victor wore sunglasses and a beret to disguise himself at the ceremony and was then led out the back door to be returned to his cell. Edith walked out of the building and faced the wrath of the crowd.

There is a twist in this story. Months after their wedding, the appeal was accepted. Victor was released from prison. According to their social media profiles, Edith and Victor are still married and enjoying life together. It looks like they will live happily ever after.

Divorced woman adopted two minors in less than a month, but a mysterious discovery changed her life completely
Teenager raped by her dad daily for years, hired a hitman to put an end to the abuse