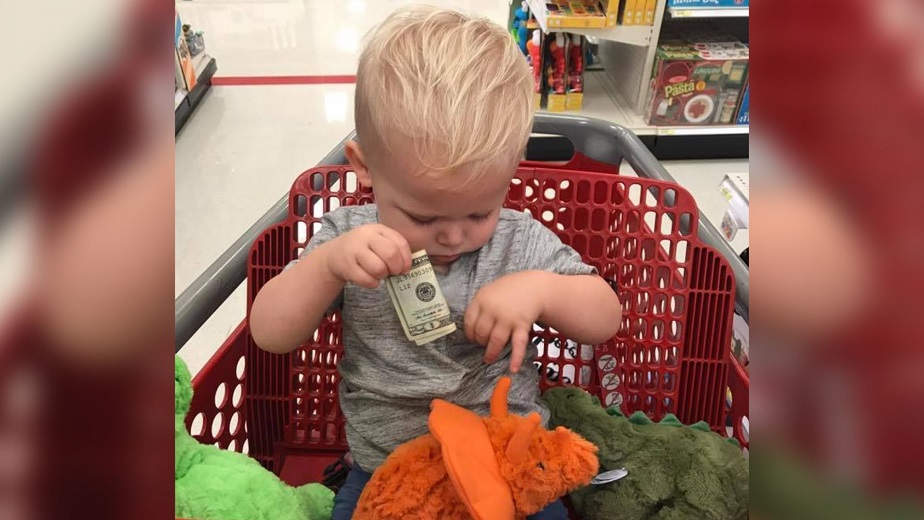 There are still good people in this world!

This mother just cried in the middle of a local grocery store and could not have imagined what would happen to her after she went shopping with her son.

Namely, while the woman, Alyssa, was walking around the store with a cart, her son, Owen, saw three stuffed dinosaurs on the shelf. He couldn’t decide which one he wanted, so he put all three in the cart.

“While we were trying to pick out which one he wanted, Owen abruptly yelled hi at this older man walking past us,” she said on social media.

The man turned and greeted Owen and started playing with him and the dinosaurs.

“We live in a crazy world, and I was a little hesitant as to how close he was with Owen. Then, the man got his wallet out and pulled a $20 out. He put it in Owen’s pocket on his shirt,” continued the mother, who was devastated by what happened next.

“He said to me, ‘I just lost my two-year-old grandson last week. You take this money and buy this boy all three dinosaurs.'”

“Then he patted him on the back, wiped his tears, and left,” says Alyssa.

Her son replied “thank you” to the unknown old man, and the mother learned a lesson: “There is still some good in this world.”

Woman found dead in her bed, her boyfriend made shocking statements to a friend: “I dreamed I killed her”
“I can take care of myself,” 10-year-old boy lives alone after the loss of his parents, even refuses to hear about adoption