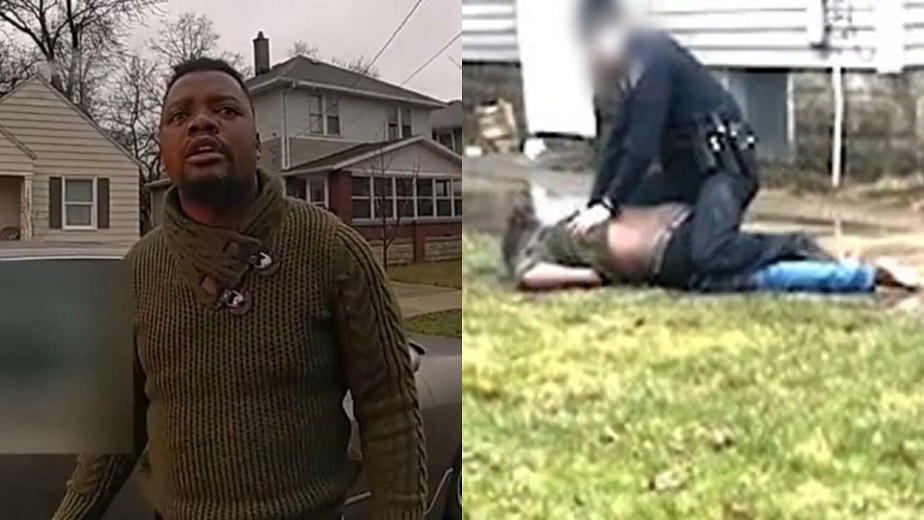 An unnamed officer initiated a traffic stop on 26-year-old refugee Patrick. Moments later, Patrick would be dead from a bullet wound to the back of his head — put there by the police officer — over a minor traffic violation.

Patrick had a suspended license and he knew that the officer who pulled him over that day was going to likely take him to jail for it. So, he tried to get away. Because it is the police officer’s job to kidnap and cage people over victimless crimes like suspended licenses, Patrick was not allowed to walk away. Instead, the officer escalated violence against the unarmed, non-violent man.

The nightmare for Patrick’s two children and his parents started on that fateful day and they had to wait until Wednesday to watch how it unfolded. It is one of the most disturbing videos we’ve seen. According to the police department, the officer had initiated a traffic stop because the license plate on Patrick’s car did not match the car in the system. During the stop, Patrick exits the vehicle before the officer asks for his driver’s license and tells him to get back in the car. At that moment, Patrick decided to flee. At this point, the officer gave chase before tackling Patrick and initiating a struggle on the ground.

At no point during the struggle did Patrick attempt to punch or otherwise injure the officer. He merely tried to get away and defend himself from the officer’s attack. When the officer pulls out his taser, Patrick grabs it to stop the officer from deploying it. “Stop!” the officer yells. “Let go of the Taser!” The officer stays on Patrick’s back for around 90 seconds before he then pulls out his pistol, puts it to the back of Patrick’s head, and fires. Patrick would not survive the execution style gunshot to the back of his head.

High profile police brutality attorney, Ben is representing the family and released a statement on Wednesday demanding the officer be terminated, arrested and prosecuted for what he called use of excessive force and the “violent killing of Patrick.” “The video clearly shows that this was an unnecessary, excessive, and fatal use of force against an unarmed Black man who was confused by the encounter and terrified for his life,” Ben said. “It should be noted that Patrick never used violence against this officer even though the officer used violence against him in several instances for what was a misdemeanor traffic stop.”

State police spokeswoman Lt. Michelle said that their office is going to be handling the investigation. “This is going to be one of our top priorities so that we have the investigation completed in a timely manner,” Michelle said. For now, the officer involved is on paid administrative leave and has not been charged. Residents have protested since the day Patrick was killed. Patrick arrived in the United States as a child with his five brothers and sisters. His family was fleeing violence in their country and had sought a better and safer life in the States. Unfortunately, and in a twist of tragic irony, thanks to the American police state, their quest for a safer and better life has come to a violent and bloody end.

Man caught with a minor girl in a car, but that’s not the worst part
Mother killed her 5-year-old son, weeks earlier he said he wanted “bad people to do bad things to her”