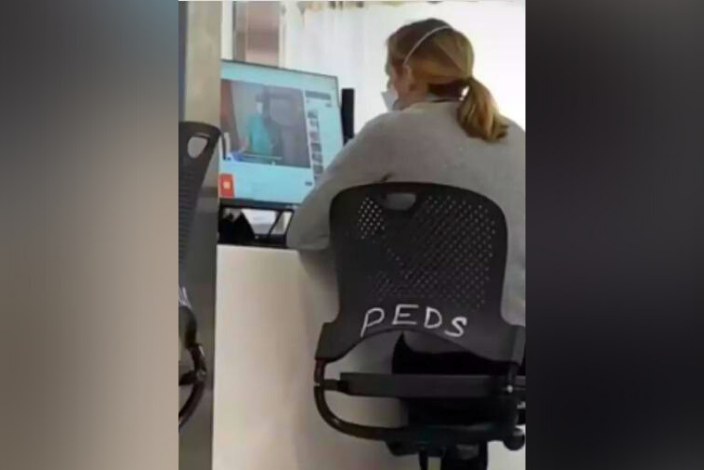 Since the pandemic began, many people had to skip their regular medical checkups because hospitals were focused on treating Covid-ill patients, something that was especially notable during the periodical waves when the number of positive cases was on the rise. In addition, many people had to postpone or even cancel surgeries and different kinds of treatments due to the same reasons eventually resulting with people thinking the overall medical care quality has declined.

Last week, we reported about the case of the 2-year-old Ailee who died last year during surgery after the senior medical team in that particular hospital decided to perform the surgery even though they were warned the hospital is not properly equipped to handle the procedure. Once the parents learned about that, they decided to file a lawsuit against the hospital recently, claiming they wouldn’t have allowed the surgery if they were properly informed about Ailee’s case.

Two weeks ago, a video shared on TikTok showing a doctor watching Youtube videos while the patient is waiting on the hospital bed be treated, immediately went viral and as of writing of this article, it has nearly 8 million views and more than 1 million likes on the popular platform. In the video called ‘got their MD at YouTube university’, the TikTok user isabellely6 claims that the doctor allegedly is ‘looking at a Youtube video on how to heal her cyst.’

The video, understandably, once again sparked a lot of debate among the online community and while majority of the users commented the doctor’s behavior is completely inappropriate, others slammed the TikTok user in the comments for slamming the professional. According to the owner of the video, the doctor who was just about to treat her cyst was watching videos on Youtube allegedly learning how to properly treat her.

“Not(now) the doctor looking up a YouTube video on how to heal my cyst. Got their MD at YouTube university,” she captioned the clip that shows her staring in utter disbelief.

Some argued that the doctor was likely double-checking things or reading some important information online before checking the patient. They said the user shouldn’t have jumped to conclusions. “Med student here! Doctors double-check things all the time. There is a LOT of information out there to refresh on,” a user wrote.

“I’m a nurse and docs do this all the time. I promise you want this over the doc who thinks he knows it all but doesn’t,” wrote another. “This is actually what being a physician is. Having the knowledge to know what to look up and applying it in your practice,” wrote a third user. “I have delivered hundreds if not thousands of babies and spent last week watching c-section techniques. Always room to improve,” a fourth commented.

While many found the video controversial, the owner of the video later had to explain in the comments section what she was thinking once the video started gathering a lot of online attention. The TikTok user didn’t say where the video was taken. This is what she later wrote according to Indy100:

“For the last time I appreciate all doctors and nurses and understand that they are not walking encyclopedias this TikTok was just a JOKE!!” she said. “I’m glad she refreshed her memory and helped me the whole time! My friend and I were just laughing that this was happening in front of us.”

“What are you having, three kids?,” Manager in famous American restaurant chain location shames coworker commenting on her pregnant belly leaving her in tears outside the restaurant
3-year-old girl, who was born premature with a rare heart condition and spent most of her life in hospital, finally goes home as her mother wins years long legal battle against the hospital