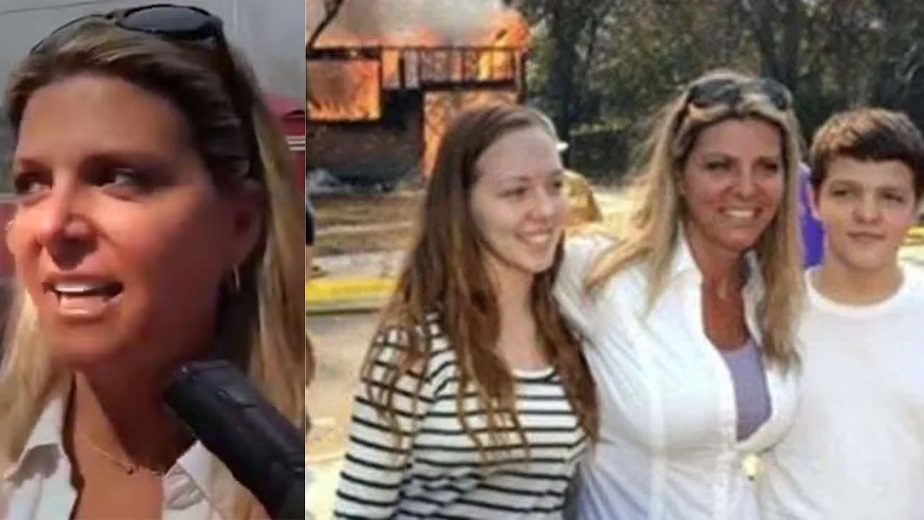 There are cases where people want to get some kind of revenge for personal satisfaction on those who have made them suffer for the rest of their lives.

Even though in this case, the mother will probably be suffering and missing her daughter for a long time and nothing will take away the pain she experienced, she got some kind of “revenge” on the man who raped and killed her daughter by setting fire to his home.

Diana was glad that she could help destroy the house where her daughter had been killed.

As she looked at her daughter’s murderer’s house bursting in flames, she just said, “Burn, baby, burn.” Diana’s daughter, Somer, was heading home from school when she was lured into the house. She was then sexually assaulted and suffocated by Jarred, who ultimately dumped her corpse in the trash.

The body of Somer was discovered two days after the murder, and Jared eventually pleaded guilty to the murder. He was sentenced to life in prison for first-degree murder, kidnapping, sexual battery, and lewd and lascivious conduct.

After some time, the bank foreclosed on Jared’s home, and the property was then transferred to the Somer Thompson Foundation’s ownership. The Somer Thompson Foundation then gave the house to the fire department for use as a training facility. Diana was given permission by the department to participate in the process of igniting the fire that was going to be used as a training exercise for firemen.

“I get to burn their house down,” Diana said. “I’m the big bad wolf, this time knocking down your door, not the other way around. It’s really nice to know that I’m not ever going to have to drive in this neighborhood again and see this piece of trash.”

Many people said the fire department did the right thing by allowing the mother to set fire to the house where her daughter was sexually attacked and killed.

“I am so happy that this mother got to do this. It does not take away the pain that this mother and family have been through, but it will help take away some of her anger. My prayers for this family. Sorry for the loss of a beautiful child,” community member said.

The second “Always and Forever” lasted only three weeks: Jennifer Lopez and Ben Affleck are getting separated
“I cried as I was nursing her,” Mother struggled to breastfeed her newborn daughter and nearly caused a condition which could have killed her baby