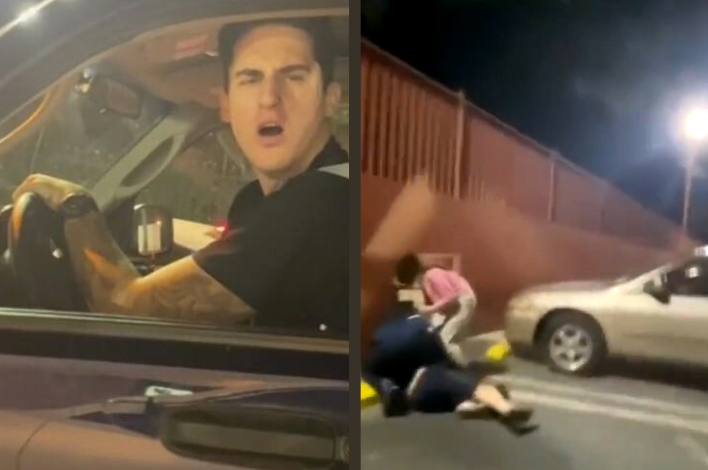 The number of racial incidents in California is constantly on the rise in the last couple of years and the rising trend is expected to continue this year too. While majority of the Californians are doing everything in their power in battling racism in every type of form, without proper punishment for hate crime incidents, not much can be done in reducing the trend.

Earlier this month, the Filipino Migrant Center organized a rally outside the Van Nuys Courthouse following a May incident when a Filipino family was a victim of alleged hate crime incident. Dozens of people gathered at the anti-Asian hate crime rally pushing the District Attorney’s Office and LAPD to prosecute the attacker who was arrested, but released on a bond and never returned back even though he was slated to appear in court in the upcoming days.

According to ABC7 that reported about the alleged hate crime incident also showing a video of the attack, Patricia Roque was in a car with her mother, Nerissa, waiting in the McDonald’s drive-thru line in LA. While they were waiting in the line, a vehicle bumped them from behind. That’s the moment when the driver of the other car, later identified as N. Weber, moved the vehicle, pulled next to them and began hurling racial slurs at them.

The argument became heated and eventually violent as soon as Patricia’s father showed up and confronted Weber. Nerissa called his husband, Gabriel, for help, as they were worried that the man was going to hurt them, or worse. “He pushed my dad on the concrete ground,” Roque told Eyewitness News. “He had a broken rib on his left side. My mom, on the other hand, suffered physical injuries as well when she was strangled. She was also hit in the chest.”

The cellphone footage shows Weber driving by the women on separate occasions, shouting racial slurs at them out of his car window, including “You’re so Asian” and “I kill you.” Weber then attempted to open the doors of the women’s vehicle, when Gabriel Roque and several other bystanders tried to fight him off. In the ensuing altercation, Gabriel, 62, sustained a broken rib and Nerissa was struck in the chest.

The attacker was not arrested that night. However, he was later arrested and charged with two counts of felony battery that bear a hate crime allegation, and released.

The 31-year-old Weber had his initial court hearing scheduled on June 8, but he failed to appear in court. The local police department issued an arrest warrant for him. The rally organized by the Rogue family and Filipino Migrant Center took place days after Weber’s initial court hearing as he was still at-large. However, last week, the police confirmed they arrested Weber once again after they “responded to a call for service of a male possibly passed out on the sidewalk” and identified him as Weber.

“The unprovoked assault on members of our community is wrong and will not be tolerated,” L.A. County Dist. Atty. George Gascón said. “Our message against violence and racial hatred must be loud and clear. We will hold accountable the people who commit hate crimes in L. A. County.”

The Rogue family remains hopeful that prosecutors will prosecute Weber to the fullest extent of the law and prevent him from causing similar incidents in the future. Following the second arrest, now Weber faces one felony count of battery with serious bodily injury and a misdemeanor count of battery, both of which come with hate crime allegations.